Launch of the new Klik-Lok Range 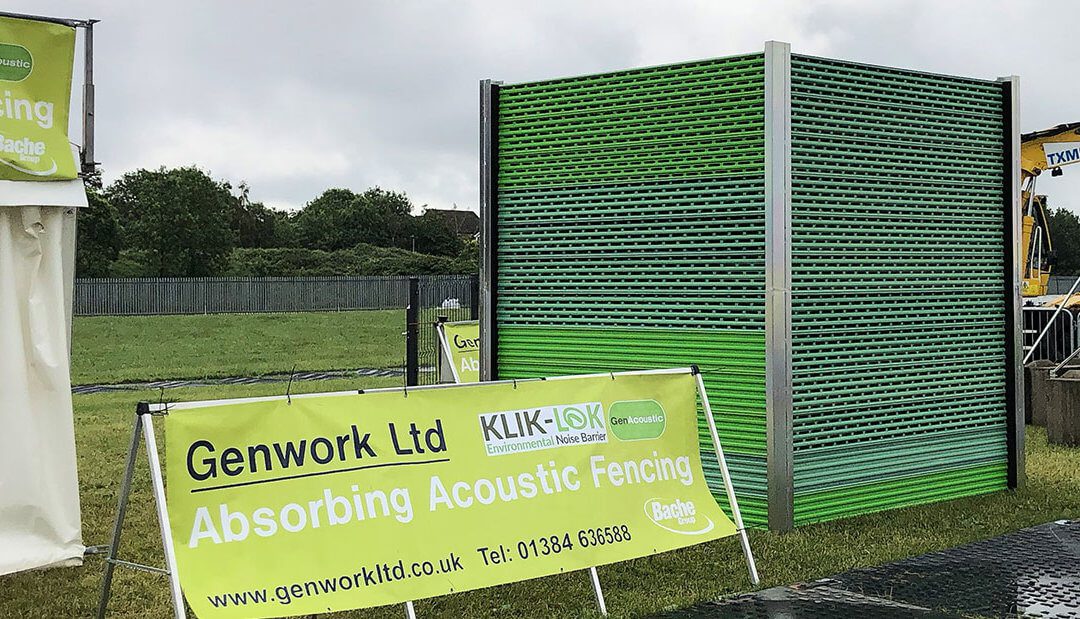 So, Rail Media was tasked with arranging for the key players in rail to come along and join in the show. Some 50 exhibitors, from all areas of the industry, accepted the challenge and came to Peterborough.

Chief among them was Network Rail itself. The Signalling Innovation Group took a stand to show off some of its latest ideas, and Hitachi Information Control Systems Europe took the stand next door.

In contrast, Genwork chose Railworx to launch its brand new Klik-Lok range of purpose-designed environmental noise barrier solutions, specifically aimed at infrastructure projects involving road and rail where noise reduction is of critical importance. A series of panels lock together in a vertical frame, with the frame giving good vertical stability and the locking action reducing the assembly time and removing the need for heavy plant.

On its stand, Genwork was displaying a pair of three-metre-high barriers, which business development director Roger Kemp explained was the minimum height for effective sound reduction.  Made in the UK, the panels, which were a fetching shade of green at Railworx, can be manufactured in any colour to suit a contractor’s needs.

With an estimated life of 40 years, the Klik-Lok noise barrier system can be used for both permanent and temporary installations. The show organisers were so impressed that they presented Genwork with a New Product Launch award on the middle day of the show. 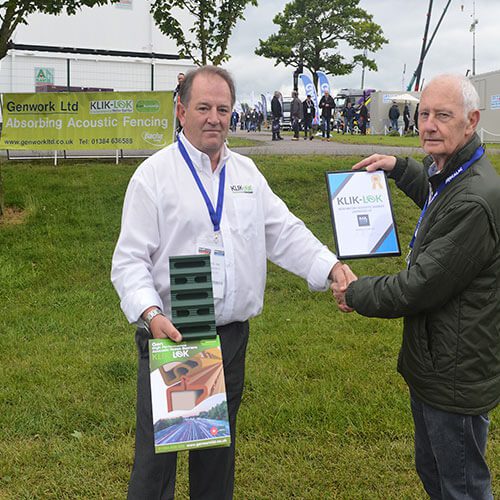